← back to
Hanson Records
Get fresh music recommendations delivered to your inbox every Friday.
We've updated our Terms of Use. You can review the changes here. 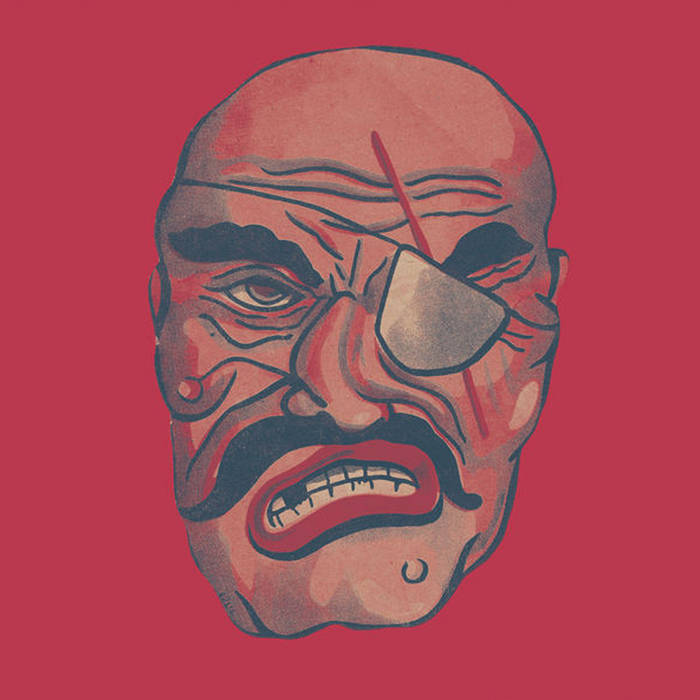 "With only tape loops, metal, and horns (and sometimes, it seems, metal on horns) the two side long pieces, 'Chain Shot' and 'Execution Dock' respectively, explore the ugly underbelly of noise before just scraping right through and aiming for the insides. In a genre that has quickly turned into a broad and often inaccurate description of a certain breed of every-man experimental music, Dilloway sticks to the old-fashioned definition of noise, doing battle with the materials in front of him as he continues the construction of his impressive body of work. Dilloway, a former member of noise-titans Wolf Eyes, has recently been releasing solo work that explores much more abstract and thoughtful terrain than his previous group's onslaughts. 'Chain Shot' is more a sound collage than anything, and while it is a heaping glob of muddled debris, it is also a highly controlled one. Looping samples on top of samples, Dilloway builds a slowly encroaching beast before slowly disintegrating it, bone by bone. This is some highly textural and immediately emotive soundscape work. 'Execution Dock' begins with a repeating loop of what sounds like the beginning and the end syllables of some nut's conversation with a lamppost. In the distance sounds a pained song of sorts, like a rodent's death cry, or maybe its birth one. I'm guessing maybe this is the horn, though it would be tough to be certain about much of anything here. Delayed creaks and groans float in and around as the vocal sample dissipates, leaving you sloshing through the mud puddle only to realize that its a tar pit the size of La Brea." -- Henry Smith

Originally released as an LP on THRONE HEAP www.throneheap.com

Reissued as a CD and still available from www.hansonrecords.net