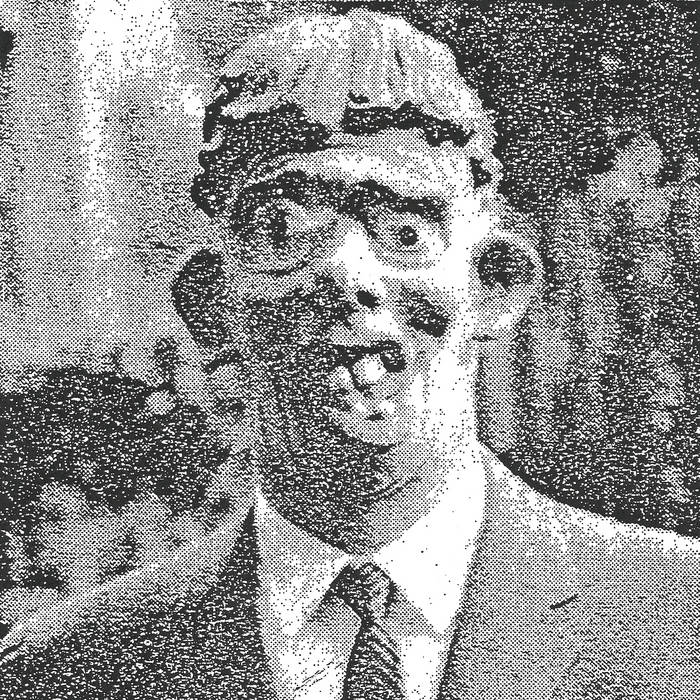 petalslip Listening to this album recently for the first time is the most defining moment in my musical journey in over a decade. A masterful work that inhabits your senses.

pulan Dilloway's textures scratch the itches I didn't even know I had, realigning my own anxieties within a larger context. Come for the gruesome textures, stay for the brilliant polyrhythms.

Levrikon Experimental smartassery. A great record to play loud at a party. Dilloway has too much fun creating these dense nuggets of ugliness. A ton of fun. Favorite track: Eight Cut Scars (For Robert Turman).

Originally released as a Double LP in Gatefold Sleeve.

"…in terms of scope and ambition, Modern Jester is Dilloway's War and Peace. It covers practically all of his sonic obsessions, stretching them to lengths at which he can explore every detail and tangent." Marc Masters, Pitchfork.com
pitchfork.com/reviews/albums/16330-modern-jester/

"There is a specific production approach to this record that works perfectly on pulling the listener in it. It has the power to transfer and guide the mind through a journey."--- Jackie Farrow, Sonic Escape
sonicescape.tumblr.com/post/18498847494/aaron-dilloway-modern-jes...

"Those that leave the green lungs you, raise the temperature to improbable degrees and hallucinate your death." Bartolome Delmar Huerta, Afterpop (Babel Fish Translation from Spanish)
afterpop.tv/2012/02/aaron-dilloway-modern-jester/

"Modern Jester" is quite possibly the culmination of everything we've heard from Dilloway that's come before it. A hyper-focused monolithic double LP that distills all past phases of inspiration into a harrowing, but strangely beautiful journey."
-- Fred Thomas, All Music Guide
fredthomas.blogspot.com/2011/10/modern-jester.html

"From short bursts to long-form, hallucinatory epics, it's a sprawling collection that highlights every facet of Dilloway's considerable arsenal. One of the album's two side-long attacks, Look Over Your Shoulder is a lurid, subtly shifting piece with disembodied vocals and a barrage of extra-terrestrial tones that slithers into your cerebral cortex atop a funeral rhythm."

"PEOPLE COULD SCREW UP -- YOU EXPECTED THEM TO -- BUT MACHINES ARE MADE OF FINER STUFF. THEY'RE NOT SUPPOSED TO BEGIN TALKING, IN A NEW VOICE, OUT OF THE BLUE, ABOUT DEATH AND WEIRD SHIT LIKE THAT."
-- K.W. JETER

EVERY SECOND OF THIS RECORDING CONTAINS SUBLIMINAL MESSAGES.