by The Nath Family 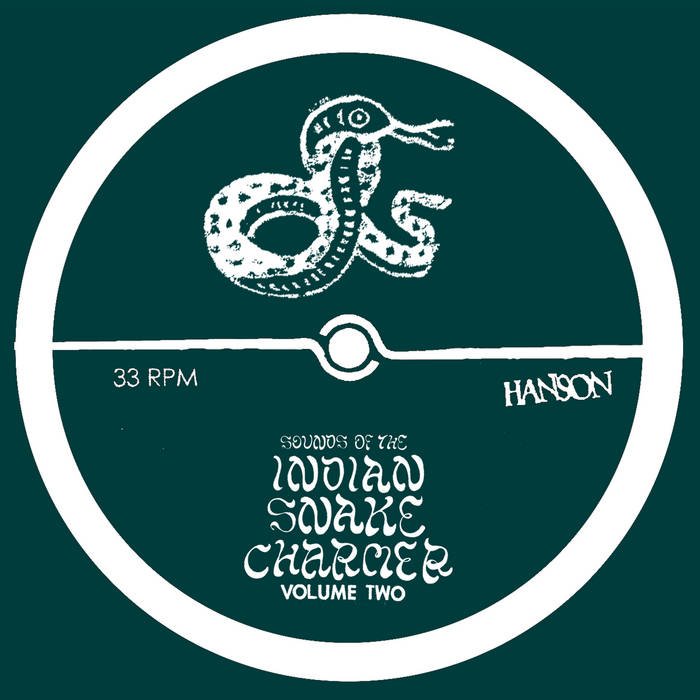 Second volume of Aaron Dilloway's recordings of the Nath family of snake charmers of Haryana, India recorded in Kathmandu in 2005. This second volumes recordings are a bit more raw, originating from video and cassette recordings as opposed to the first volume's hi-fi digital recordings (don't worry..they sound JUST as disorienting!) and containing a duo track as well as the full 4 piece.

Originally released as a cassette in 2005, now on vinyl in an edition of 600 copies (500 on Black, 100 on marbled burgundy vinyl). Housed in a silkscreened jacket w/ the usual Hanson Droll flaps.

Original notes for VOLUME ONE:
"For the first half of 2005, I lived with my wife Erika in Kirtipur, Nepal. During our days, while she was studying at the Kathmandu Association For The Deaf, I was roaming the streets and villages of the Kathmandu Valley in search of sounds and music. While kickin' round the tourist district of Thamel picking up cassettes, I met a family of Snake Charmers from Haryana, India. An old man probably in his 70s or 80s, his 2 grandsons, and one of the grandson's sons. They asked if I wanted to see a show....I said Hell YES!! They gave me a show...a KILLER show... we're talkin' 3 fuckin' king cobras dancing at once, while a giant boa chilled at the side and few other random lil' snake dudes are wigglin' around here and there. I became obsessed. I had met my new best friends... Though the kind of best friends you have to pay to hang out with. They were hustlers, yes.. But that's their job... The money was well worth the shows. I spent about 3-4 days a week for the next 2 months, recording their music and their snake shows on mini-disc and videotape. I drank a lot of chiyaa with them, smoked a lot of cigarettes and bidis. They taught me how to make reeds out of bamboo, and I traded them some clothes for a snake charming horn. They call them Beens, they are also known as Pungis. These guys were the best. At the end of April they left Kathmandu, heading to Pokhara, after that it was time for them to head back home with their earnings. Man...I missed them. This is the best of the best of the recordings I made of them. There are some classic Bollywood tracks, a Nepali folk song, and a 19- minute drone journey into the head of the King Cobra. The recordings were done in stereo. A been on the left, a been on the right. A premtal (stringed percussion instrument) on the left, a premtal on the right. The stereo recording of the charmers sway creates a very disorienting stereo tremolo effect. It's almost as if you are the snake! These tracks were recorded in an alley."

Recorded in March 2005 by Aaron Dilloway in Kathmandu, Nepal.